The FARM TALK blog brings you insightful information on anything farming or rural contracting. Get yourself involved, topics can include animal welfare, animal husbandry, disease and nutrition, buying property, weeds, cropping, hay making, or do you match same coloured pegs on the clothes line hanging out your odd coloured socks!... And, or, anything else that spins your wheels!

Got some interesting news in your local community? Got a field day coming up that you want to tell everybody about? When's the next farm discussion day coming up? We'll also include some of latest farming news about the country as well.

Farm Talk... It's Your Weetbix!

Dairy off to a strong start 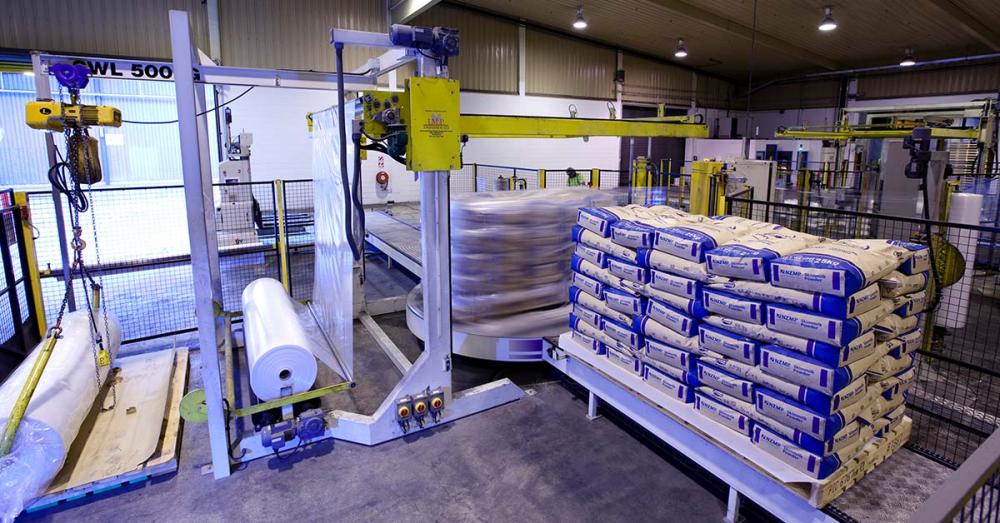 The sustained lift in global dairy prices of 16% over the past four months has raised the possibility of a farm gate milk price for the season in the mid-$7/kg range.

The GDT index on January 6 lifted 3.9%, the seventh gain in the past eight auctions, conducted fortnightly since early September. 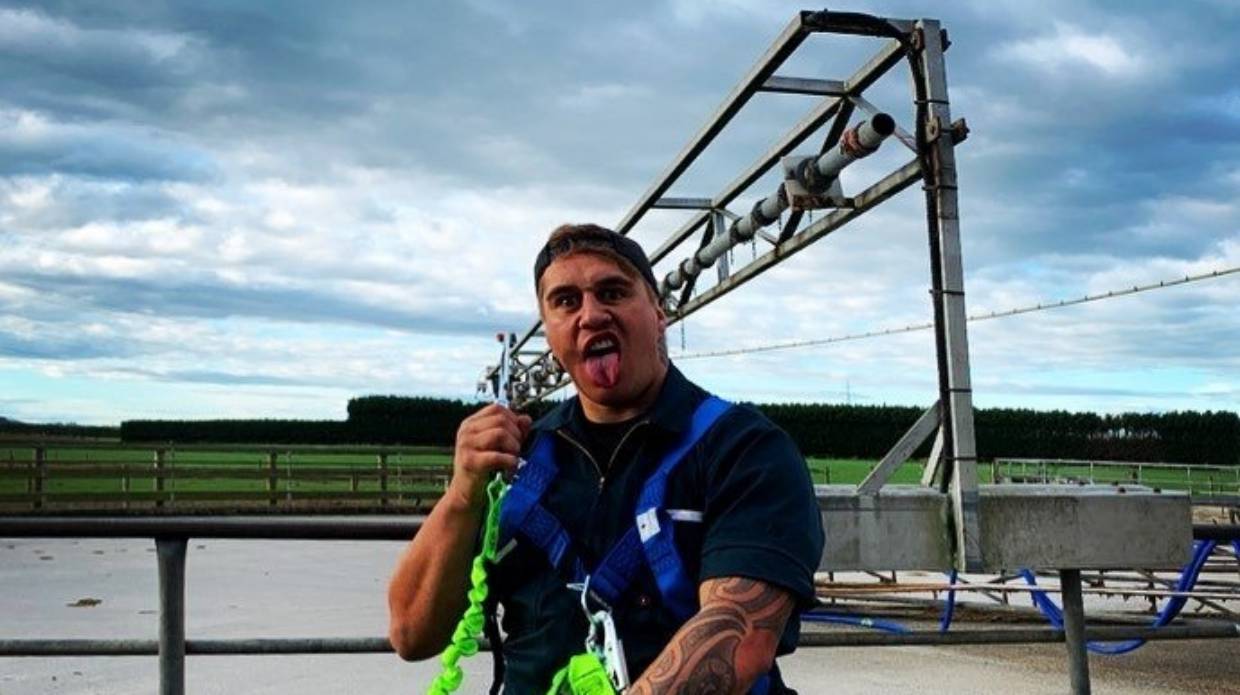 Southland farmer Tangaroa Walker hopes to use the high profile of his Farm 4 Life social media channels to develop an app to train people heading to work on dairy farms for the first time.

A farmer who found his niche online showing a 360-degree view of life on the land is now refocussing to help the hundreds of first-time dairy workers expected to walk onto farms over the next year.

An app for the Hub is being developed and will be available via a membership for farmers to use as a training and education resource for their staff.

“We’ve just got Honda onboard and so what we’ve done is produced 35 videos with them around how to operate and maintain farm vehicles, like side-by-side vehicles, quad bikes and motorbikes,” Walker said.

END_OF_DOCUMENT_TOKEN_TO_BE_REPLACED

Give Rural NZ a share of $3b infrastructure spend! 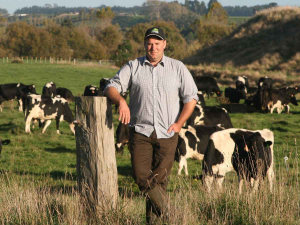 Federated Farmers has some advice for how the Government should divvy up the $3 billion infrastructure fund.

The COVID Response and Recovery Fund was announced as part of Budget 2020, with Cabinet this week announcing how the fund will be allocated.

The fund, aimed at creating 20,000 jobs as part of “shovel ready” infrastructure projects, is in addition to an existing $12 billion towards the New Zealand Upgrade Programme and existing Provincial Growth Fund investments. 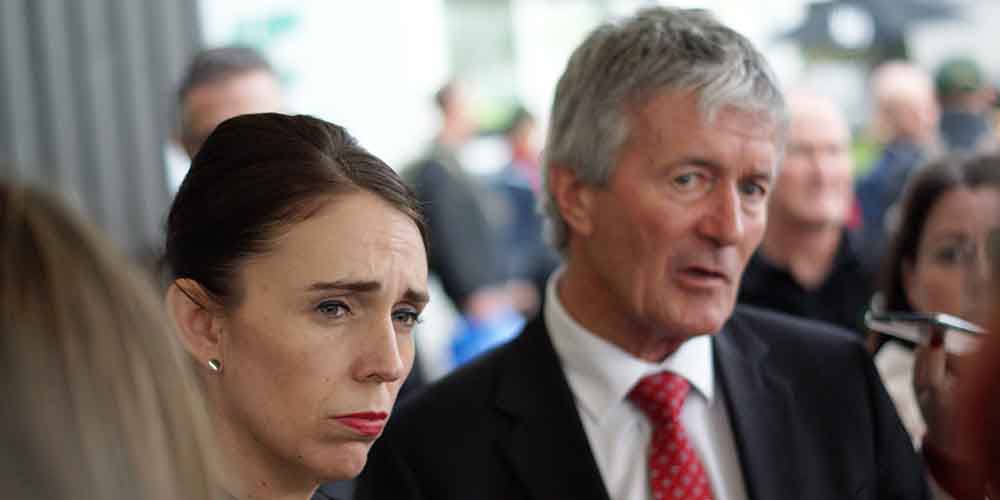 Prime Minister Jacinda Ardern and Agriculture Minsiter Damien O’Connor have outlinded a plan to boost agricultural export earnings By $44 billion over a decade.

The Government want to increase primary sector export earnings by $44 billion over the next decade, a plan released today by Prime Minister Jacinda Ardern says.

Fit for a Better World – Accelerating our Economic Potential targets a gradual lift in export earnings to $10 billion a year extra by 2030, which will bring in a cumulative $44 billion more during that time.

The plan reinforces the Government’s commitment to reducing NZ’s biogenic methane emissions to 24-47% below 2017 levels by 2050 and 10% below by 2030 and restoring freshwater environments to a healthy state within a generation.
END_OF_DOCUMENT_TOKEN_TO_BE_REPLACED 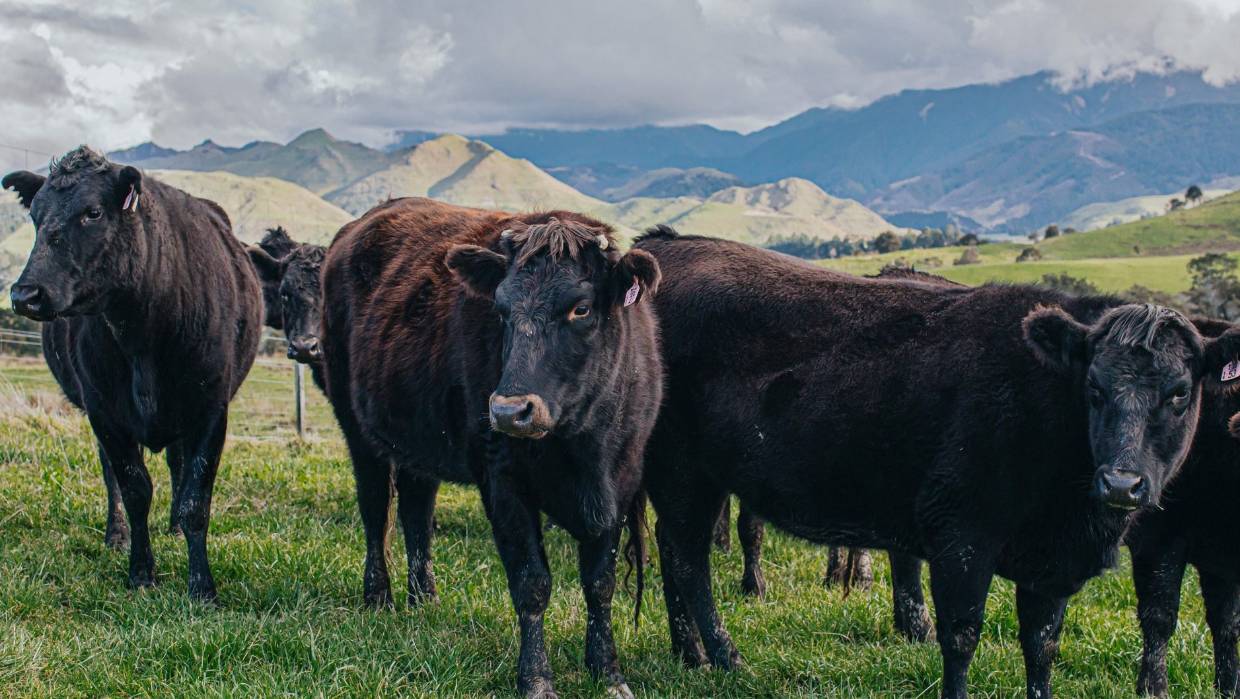 Wagyu beef produced by a New Zealand company is sought after by America’s rich.

The club has around 200 members across the United States who pay hundreds of dollars a kilogram for the beef. Sales of First Light wagyu beef are made through an app, and managing director Gerard Hickey says there are around 80 people on the waiting list. With time he thinks it could grow to reach 2000 customers.

END_OF_DOCUMENT_TOKEN_TO_BE_REPLACED 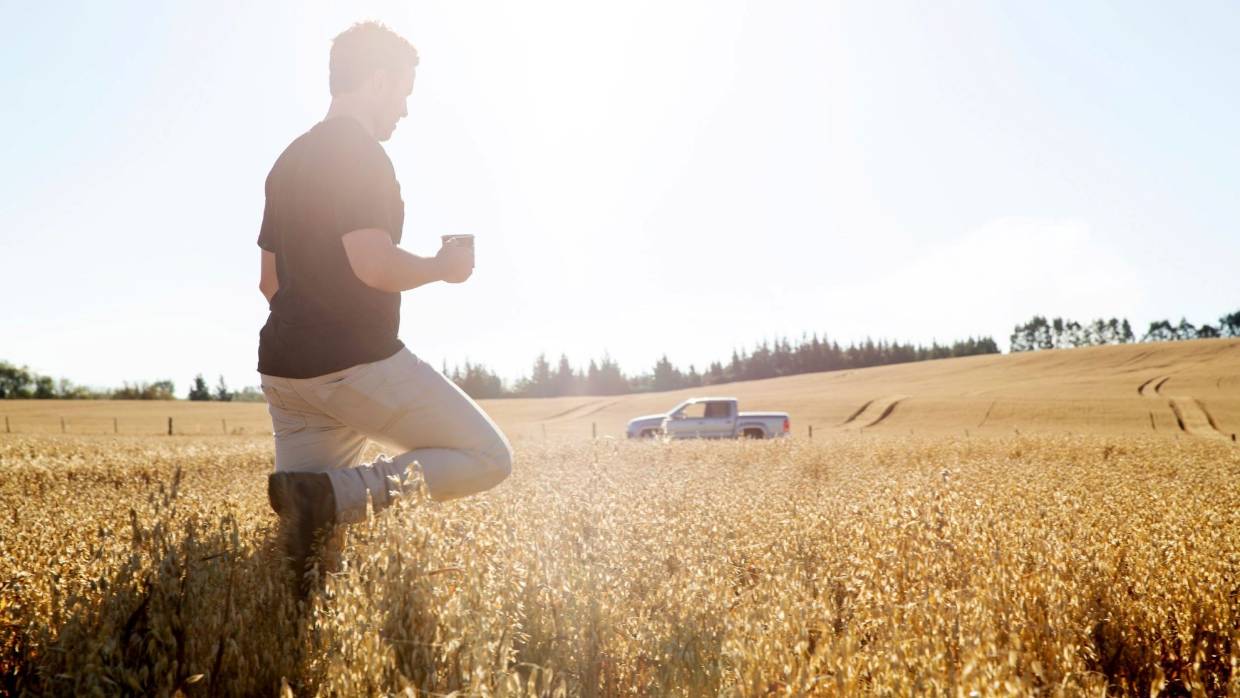 Tim Ryan says oat milk sold at a premium and was the fastest growing plant-based milk category in a global market.

Nine months after Otis Oat Milk launched, the company has announced plans for a purpose-built factory capable of producing 25 million litres a year.

Managing director Tim Ryan said about 5000 litres were made each month but the company could sell much more, “Demand has exceeded our expectations so we’re going to expand our productive capacity and distribution to make oat milk more accessible to Kiwis and then take it to the world.”
END_OF_DOCUMENT_TOKEN_TO_BE_REPLACED

This is our Dunkirk, we are not Napoleon at Waterloo! Fonterra’s still a winner! 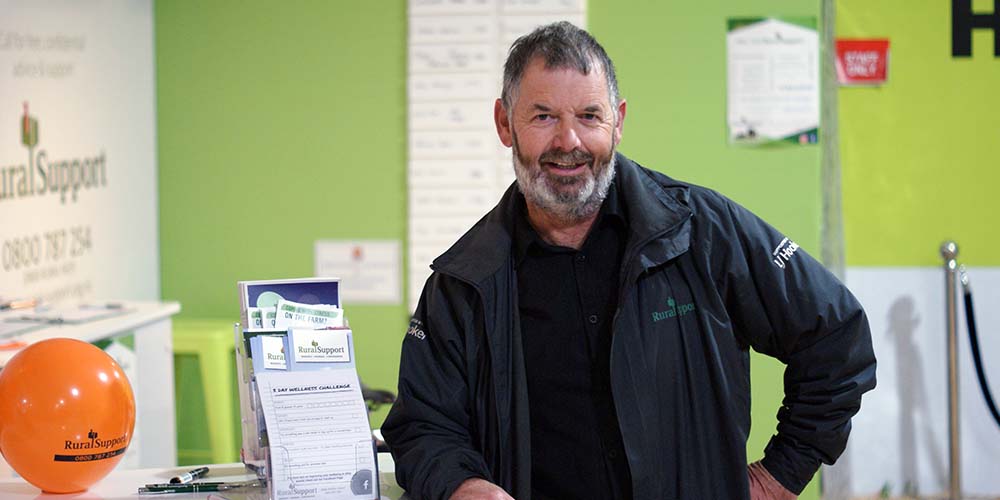 The seeds of Fonterra’s problems lie in the mismatch of it’s capital structure and strategy, dairy farmer George Moss says!

The heading in the Farmers Weekly August 19, It’s a laughing stock, does neither the paper or the readers justice!

I have not seen any emotive comments about the fall of Fletcher Building shares from over $10 plus to $4 plus in the midst of New Zealand’s largest-ever building boom. No comment about the United States’ largest liquid milk company Dean Foods shares falling from US$21 to under US$1 or any of the other global dairy companies that have faced challenges, particularly those going into China.

There has been much written and spoken on the performance issues Fonterra has faced and is facing. Most of the commentary is emotive and laced with a few financial facts. No journalist yet, to my knowledge, has done a deep dive into the circumstances that led to the situation we find ourselves in.

The history of Fonterra’s challenges go right back to the initial capital structure proposal.

END_OF_DOCUMENT_TOKEN_TO_BE_REPLACED 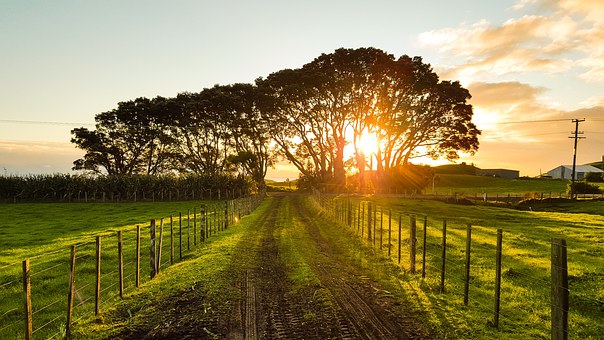 Two dairy farm field days will be held this spring as a continuation of the 2018 Pasture Summit that brought together farmers, advisers and researchers from New Zealand and Ireland.

The first will be in the North island on Morlands Farm, near Te Awamutu, on Thursday, September 19 and will be hosted by Pete Morgan, representing the Morgan and Sinclair Equity Partnership.

END_OF_DOCUMENT_TOKEN_TO_BE_REPLACED

Make Money! Save Money!… It’s A Winner By A Country Mile!

What’s all the excitement and stamp peed about? Need some work done? Have a business?…

It’s a winner for rural contractors and associated business services…

END_OF_DOCUMENT_TOKEN_TO_BE_REPLACED 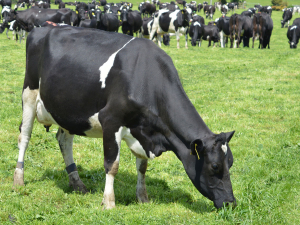 DairyNZ says it is hearing of several cases of nitrate poisoning in the Waikato region, with several cow deaths.

Nitrate poisoning is caused by high nitrate levels in feed and usually occurs in late autumn or winter, particularly during a flush of growth after a dry period.

END_OF_DOCUMENT_TOKEN_TO_BE_REPLACED 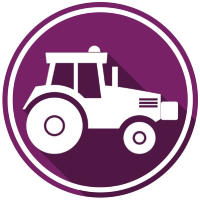 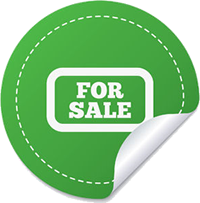 Selling On Your Mind?

We’ve got you sorted!
Where Farmers Buy And Sell. 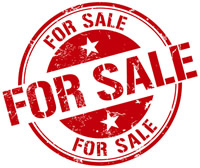 by CountryMile
0
Central Taupo Looking for a skilled and experienced Tractor Driver to help our team on a permanent job position. We are located about 25 minutes from Lake Taupo and support 5 farms and one dairy support farm across the complex. To be fit for this role, you will need to know how to drive/operate agricultural…
Read More
Taupo, New Zealand

by CountryMile
0
Dairy cow milker’s required STARTING 7th of June 2021.  We require 3 people to assist us milking approx. 1733 cows during June through to end of May 2022.  We are situated about 35 minutes from Hamilton You will be required to milk with 2 other people and no other farm work will be required. Previous milking experience is…
Read More
Waikato District, Waikato, New Zealand 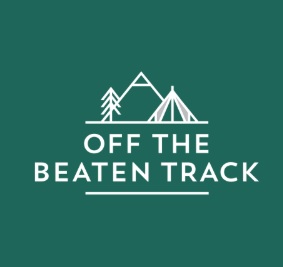 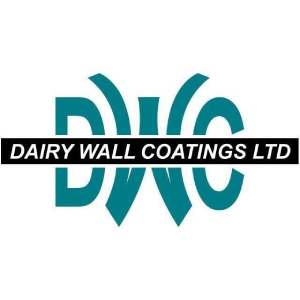 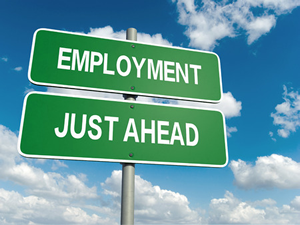 Looking for Staff? No worries...
CountryMile is another avenue for finding and filling farming and agricultural contractors jobs in New Zealand!

What people are saying?

Ben is a total professional. I had used him before for some major contractor works on the farm, but when…

Sorted out the whole mess

We had an accountant working in-house for us, which was a disaster. He hadn’t input any of the figures… 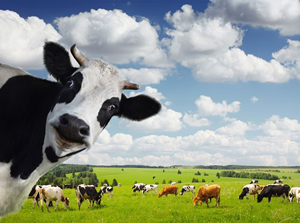 It's Time To Chill Out!

TELL US WHAT YOU THINK?
×